The Falcon and The Winter Soldier Review: Marvel’s Underrated Gem

by James Edgan
in Reviews

At first glance, this show looks the most like “typical Marvel” over ‘Loki’ and ‘WandaVision’ While its predecessors did show more unique takes, Falcon and Winter Soldier was way more important than some realized.

Sure, it has beautifully choreographed action pieces that are typical of the franchise. However, it also evolved its social commentary and took mandatory risks the world needed to see.

That’s what I’ll be getting at here. Let’s dive into what you might’ve missed and the importance it has going forward not only in its franchise but in the industry as well.

Before we get into the goods, on paper, what is the plot of this show? After the events of “Endgame”, Sam Wilson and Bucky Barnes reluctantly team up in a global adventure. Their goal is to stop a rebel group called The Flagsmashers, a “villain” organization labelled as terrorists by the government.

This project was made possible by the fans. The chemistry between Anthony Mackie and Sebastian Stan has been a standout in the films, which left audiences wanting more. Thanks to Disney Plus, Marvel’s question went from how to when. Originally being the first series slated for release but was pushed due to pandemic delays.

All in all, fans were treated to everything you’d expect from an odd couple of Marvel. In a buddy cop-style take, the banter between the two was the best. Working towards better understanding each other while having the trust one another in battle. It identically mirrors the comics along with shades of the real-life friendship of Anthony and Sebastian. 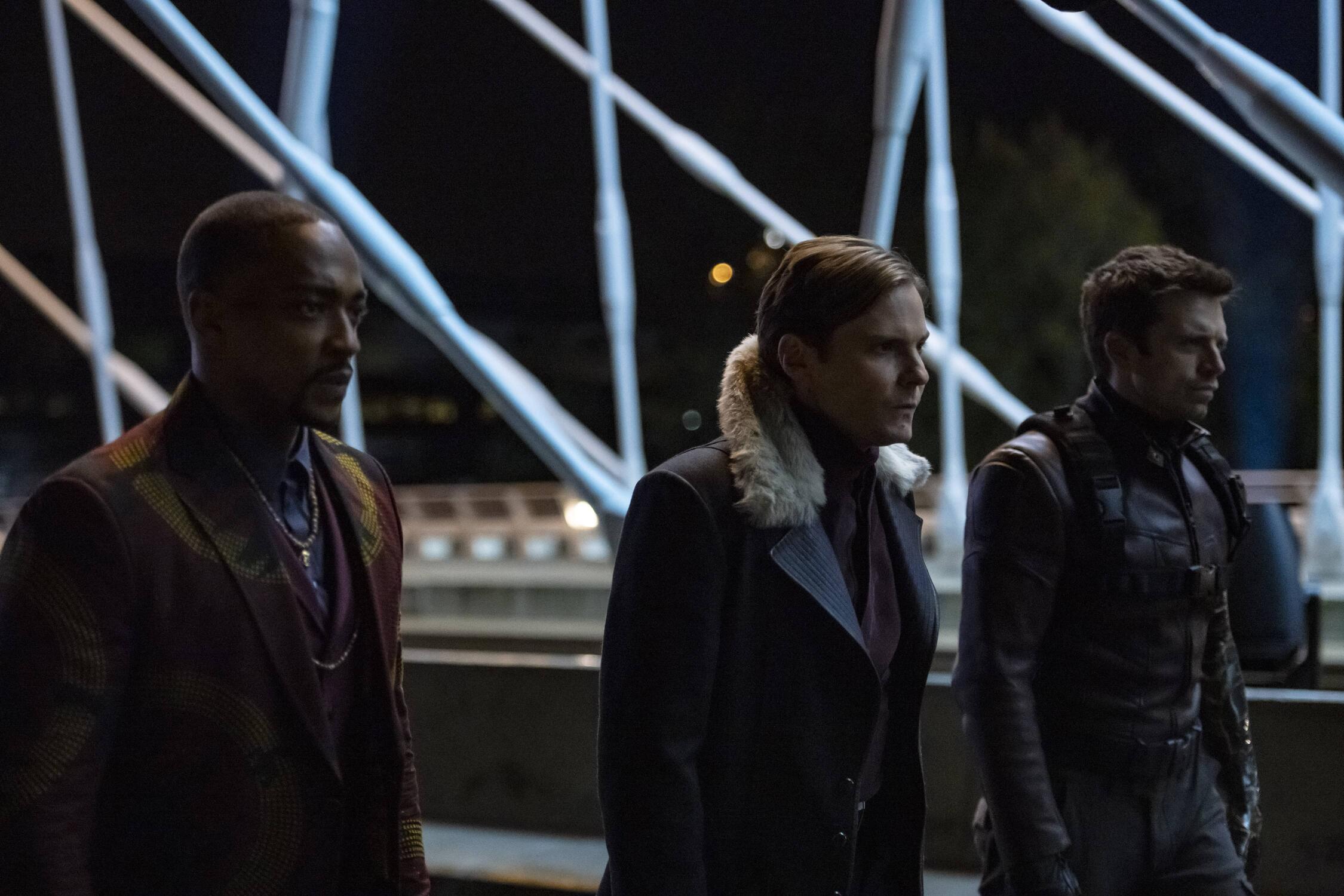 An early question from the first episode was why didn’t Sam take on the mantle? The answer is complicated, to say the least. I don’t think it had to do with being worthy of the shield nor was it a question of capability. In fact, Sam was always the perfect choice. After all, it takes a good man to dawn the stars and stripes, not a perfect soldier.

The answer had to do with Sam questioning if he was ready to represent a country that never really represented his own people. Think about all the pain and systemic racism that’s gone on in America, especially for African Americans. Sam gave the shield back because Steve always represented what the country wanted to be, not exactly what it was though.

It’s much easier to have a white guy become Captain America, just look at John Walker for example. The government had no issue appointing him, no matter what. I think initially, Sam wanted to do the right thing and leave the shield with someone who deserved its legacy. He didn’t expect the government to betray him. After Walker was promoted, Wilson knew he made a mistake. That is a prime example of the problems faced from generation to generation.

The Price of Freedom Is High

One of the best characters in the show and quite frankly the standout was Isaiah Bradley. Marvel fans know his heartbreaking story from the comics and were nicely brought to justice here.

You see, a powerful story needs to be brought to the biggest scope possible. Having these accurate portrayals that mirror real-life events from African American history are extremely important. The bigger the scope, the more people get reached by these messages.

After Bucky introduces Sam to Isaiah, things only get more complicated. Realizing his own country put a hero like Bradley in jail just to keep things quiet. Erasing all his acts and history. As well as illegal experimentation and torture. How is Sam supposed to fight for a country that’s never fought for him? As the episodes progress, it seems like Sam just needed a little more confirmation. After John Walker brutally murders a Flagsmasher, Sam and Bucky take the shield back.

Sam tells Bucky that after all he’s learned, the legacy of that shield is complicated. But after Isaiah’s story, there’s no point to sit on the sidelines and not finally do something about it. Episode 5: “Truth” is when he truly becomes ready to take on the stars and stripes, not for what America wants to be but for what it truly is.

“Isaiah’s has been to hell and back. If I was in his shoes, I’d probably feel the exact same way. But what would be the point of all the pain and sacrifice if I wasn’t willing to stand up and keep fighting.”
Sam Wilson

Now we move to Bucky, who had a massive part in the infinity saga with his Winter Soldier story. Now he shares the spotlight nicely with his pal Sam. It’s no mistake having his name in the title twice now. Barnes’ arc throughout the films has been intriguing and it’s only getting better with more exploration.

This show was Sebastian Stan’s best work for the character so far. We finally were able to go home with Bucky and see how he’s doing now that he’s free. Barnes’ past constantly haunts him, trying his best to make amends for his actions. But he needed a little push to understand that none of it was his fault and how to truly come to terms.

Sam helps him out a lot, expressing that in order to move forward, he must change his approach. Instead of trying to denounce his Winter Soldier name, he has to try to be of service and help bring closure to his former victims.

By its finale, he’s reborn. No longer at anyone’s disposable or focusing on the past. It’s such a clear message to many people going through something harsh in life. It doesn’t last and it only makes you stronger. The character itself represents hope and redemption in its purest form, being human.

Bucky may not have superpowers but he’s definitely a superhero. With all his abilities and super-soldier serum, his number one power is that he can endure, more than most can imagine.

The Flagsmashers and Sharon Carter could’ve used a few more episodes to fully flesh out. However, John Walker and Baron Zemo were the glue that held this story together enough.

The Flagsmashers rebelled against the governments of the world to better their people, which in hindsight is the right thing to do. The methods used by their leader Karli Morgenthau are what drew them into deep waters. Due to reshot scenes and dubbed dialogue, their story felt a little incomplete but that doesn’t mean the group didn’t get their point across. In fact, Sam made sure he carried their message over to the right people, ensuring positive change for the future.

Same issue for Sharon Carter, aka the Power Broker. Her arc was based on where she was pre- and post-blip, after her betrayal in Civil War. Sharon for sure should’ve had another episode, rest assured Marvel has plans for her.

The post-credit scene seems to tease that.
Walker and Zemo were the two stars. Walker represented all the things the government taught him to do and when the going got tough, they left him in the dust. Wyatt Russell’s performance is incredible as his character slowly descends to madness. A perfectly flawed individual who crosses the line between a good man and a perfect soldier.

Let’s hope to see him in a future cap or thunderbolts project.
Zemo was right about Karli, down to the last detail. His exploration throughout was short but effective. Just when you think you can trust him, you can’t. His early exit left us wanting more. Who knows, maybe Valentina will recruit him in the future.

On paper, I know it doesn’t look like much, but if you dissect its true meanings and messages, you’ll find storytelling gold that’s a step in the right direction for our time. Captain America and The Winter Soldier brings its edge-of-your-seat action and important social commentary that its franchise has always shed light on. Making it a worthy entry in the MCU and holding strong for future installments.
Rating: 8/10

Wrath of Man Review: A Fresh Take on a Stale Genre

What Are the Best Episodes of Batman: The Animated Series

No Result
View All Result